Quality bocce sets and accessories designed for the serious player, or just fun for backyard barbecues and sunny afternoons at the park. 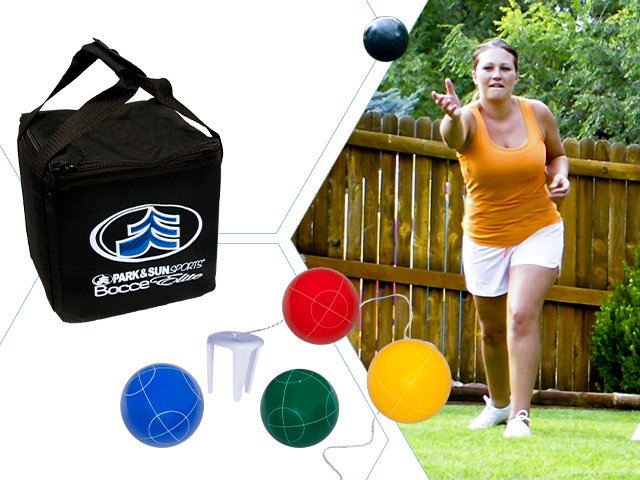 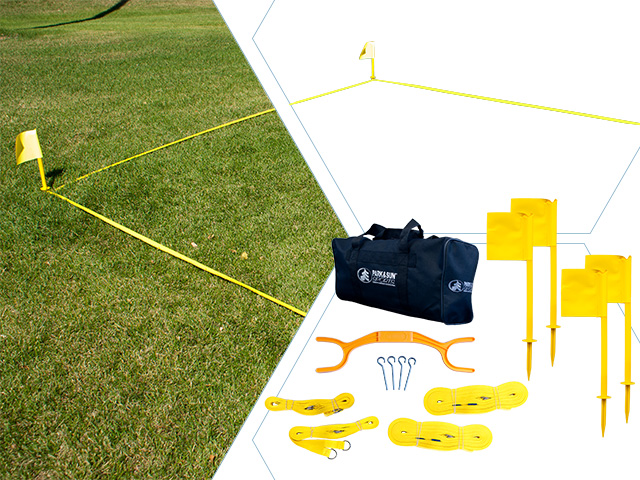 Complete your bocce set, with a bocce boundary, available in webbing or rope, with 4 Corner Flags, 1 Handwinder, and 1 Carrying Bag.

The object of the game is to roll your bocce balls closer to the pallino (jack) ball than your opponent.

Bocce can be played on most surfaces (grass or sand) as long as they are fairly smooth and flat. Court is 60 feet long by 12 feet wide; however, the court size can be accommodated to fit the playing space available.

Playing Bocce:
The game consists of several frames. A frame starts with tossing the pallino by a team toward the opposite end of the playing court. The game (frame) is complete after the balls have been thrown and points awarded. Balls are tossed or rolled underhand.

Frames are played alternately from one end of the court to the other.

Scoring:
In each frame, only one team scores. One point is given for each bocce ball that is closer to the pallino than the opposing team’s bocce balls. The pallino distance marker can be used to determine which balls are closer.

The game continues until 12 points have been scored or to pre-determined points set by the players before the game starts.

Note: Safety should be observed when playing bocce. It is recommended that players stay outside for the playing area when balls are being tossed.