While often imitated, Park & Sun Sports is the industry leader in quality and innovation and has been ahead of the curve since its inception in 1984. 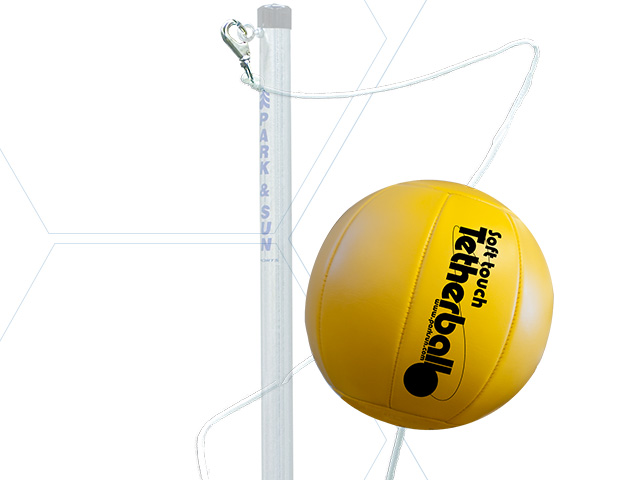 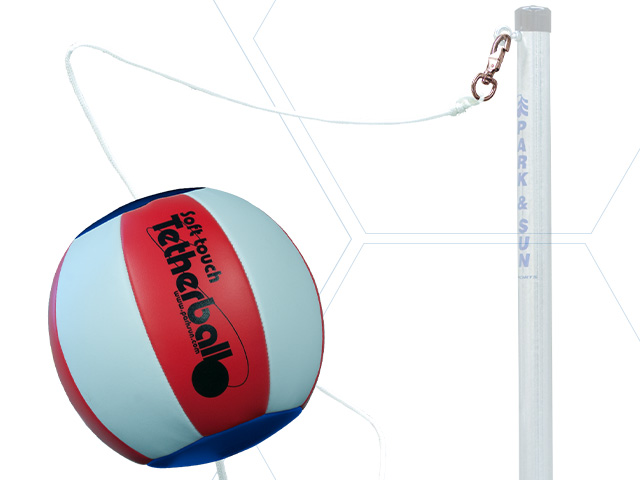 Court
The playing circle is 20-foot, with each player assigned to one-half of the circle.

Scoring
The game is over when one player wraps the tetherball all the way around the pole to the point that there is no more rope to wrap. Once this happens, the winning player is ahead one game to zero games. Tetherball players decide how many games a player needs to win to win the match. Typically the matches must be won by two games or more so that the order of serves doesn't determine who wins due to the receiver's advantage.

Serving
Players take turns serving each game. The server throws up the ball and hits it in the direction of the receiver. The ball can be served in either direction. Once the ball is served, the server can't hit it again until either the opponent touches the ball, or it has wrapped around the pole at least four times. Once either of these conditions is met, both players can hit the ball at any time that it's on their side.

Fouls
Players are not allowed to touch the pole or the rope at any point during a tetherball game. Crossing over the line that defines a player's territory is considered offsides. Throwing the ball is not allowed, and all strikes must bounce off the hands or forearms. The ball should never pause, or be "carried," in the hands. Touching the ball with anything other than the hands or forearms is illegal. Players are allowed to hit the ball only once per wrap around the pole unless the ball touches the pole itself, or the opponent.

Penalties
If any of these fouls is committed accidentally, the ball is wrapped around the pole at the exact position of the foul, and the person who did not commit the foul serves the ball back into play. An intentional foul results in forfeiture of that game. Should both players commit a foul at the same time, each puts a hand on the ball and holds it 3 feet out from the pole on the line that marks the territories. The ball is dropped, and after it contacts the pole, either player can play it.